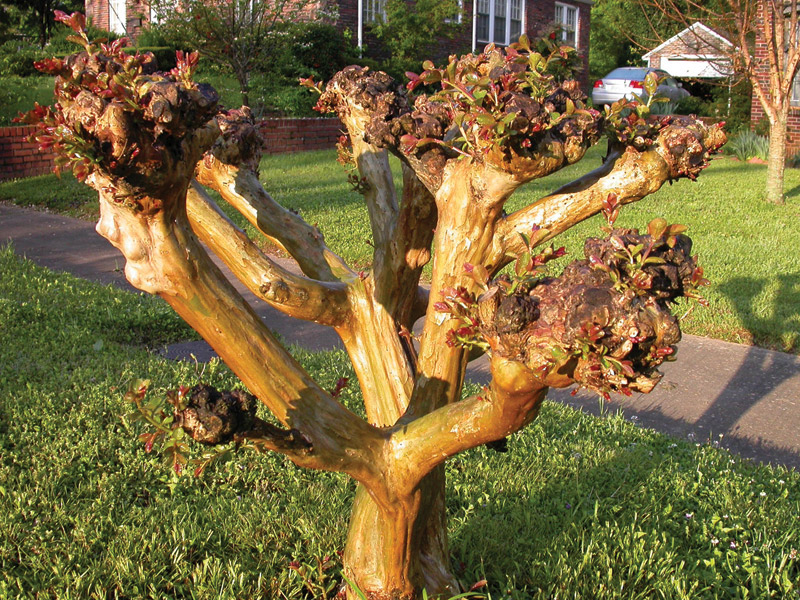 At My Personal Gardener, we know pruning. We know how to prune and how not to prune. We do not participate in one of the most bizarre rituals in Atlanta Landscaping: Crape Murder.  If you have driven the streets of Atlanta you have witnessed Crape Murder. Crape Murder is the pruning technique (and we use that term loosely) whereby you cut the tops off of Crape Myrtle trees. In some of the more egregious cases, half the tree may be cut off, leaving only a few bare trunks standing.  We know the right way to prune a Crape Myrtle.

As with any other important plant, evaluating the surroundings is the first step in pruning Crape Myrtles. The environment around Crape Myrtles will provide some insight into their health. In Atlanta landscaping we constantly deal with the issue of over-planting. Installing plants too close together may give an immediate look of maturity, but it causes serious problems down the road. Crape Myrtles are often affected by over-planting. Whether planted too close to a home or completely surrounded by foundation shrubs that block light and airflow, Crape Myrtles are frequently in sub-optimal environments.

Sub-optimal environments cause a variety of problems, some of which we can solve, some we cannot. We have far more success when trees are sited reasonably well. A little bit of breathing room and a decent amount of sun make a big difference. A Crape Myrtle that gets just enough light but shows obvious signs of Powdery Mildew should be aggressively pruned and thinned. Aggressive pruning can dramatically change the health and performance of a Crape Myrtle.

This is one example where moderate, corrective pruning on a tree would make sense. By significantly thinning the canopy of the tree we open it up for better light and airflow. More light and airflow helps the tree to naturally resist Powdery Mildew and insects. As with most everything else in life, eliminate the dark, moist environment – it breeds bad things. When pruning Crape Myrtles, the priority is to eliminate the dark, moist environment.

Monrovia is one of the most well-known growers in America.  Click here to see the different varieties of Crape Myrtles. 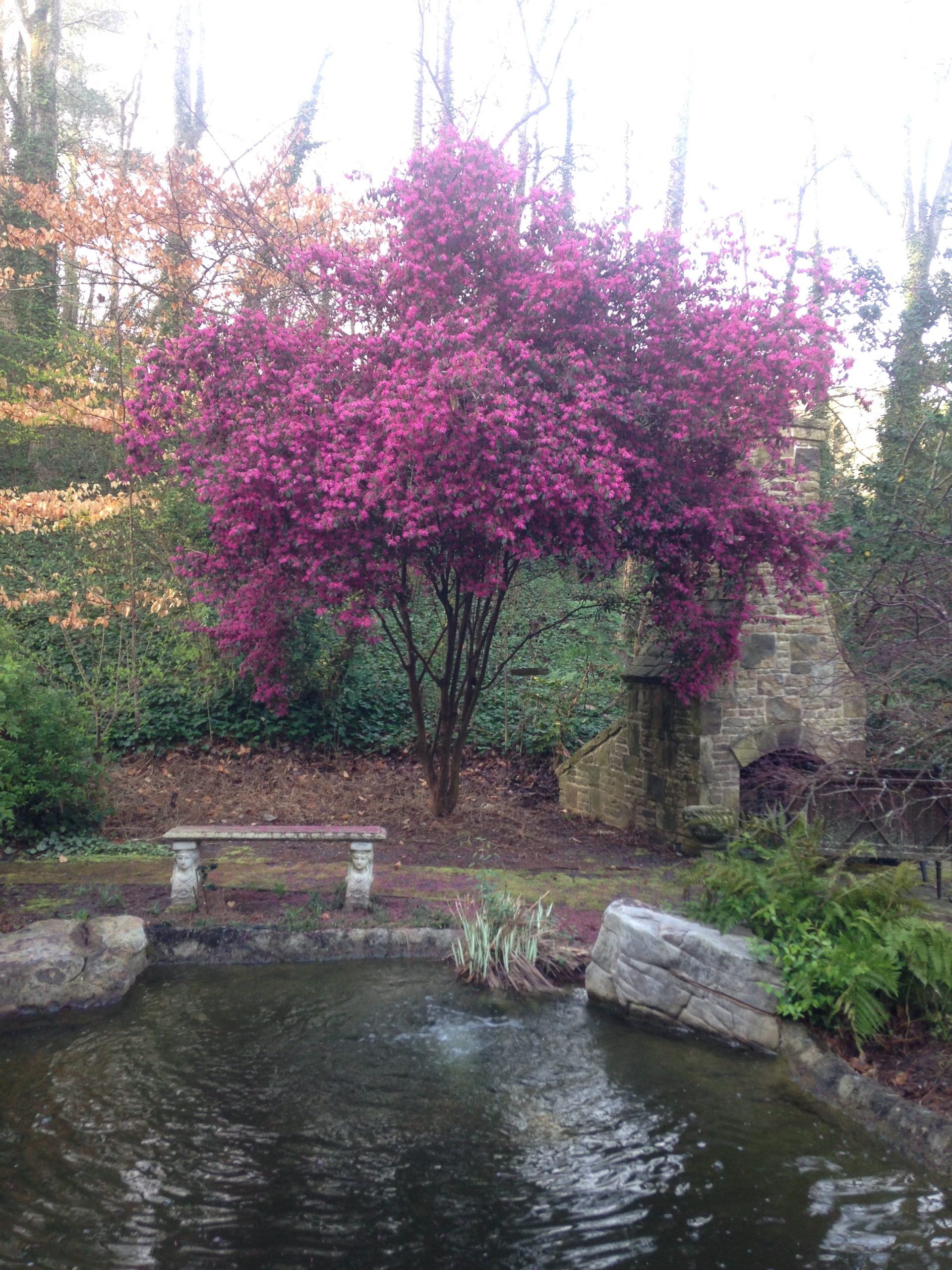 What can I do in my garden right now?

Important plant care can, and should, be happening now. There are also a lot of tasks that shouldnotbe happening right now. We’ll help you decide what to do ~ and what not to do ~ to keep your plants healthy. Some of these decisions will be easy, others may... 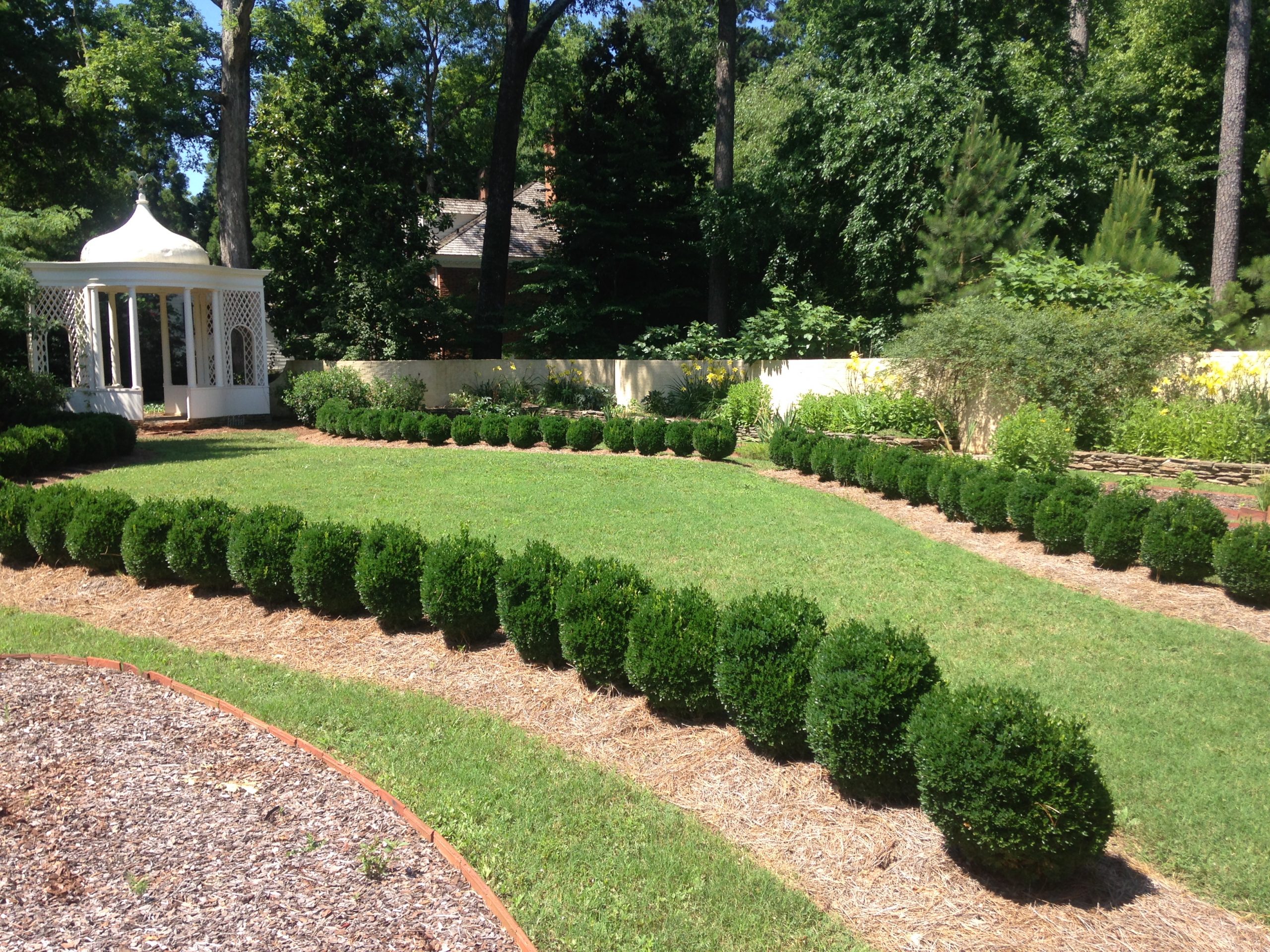 When to prune and how to trim Boxwoods 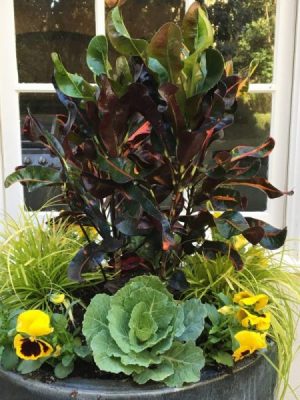 Make the most of Fall in your Garden

Fall in Atlanta – the leaves ablaze in rich, autumn colors, stadium lights shine on (half-empty) football games, and the air is crisp and refreshing… {sound of chalk screeching across the chalkboard}…okay, maybe the air isn’t crisp yet, but it’s still Fall. Woohoo! Unfortunately, with Fall comes that “’tween”...